gems from this week's Onion

I can't decide which picture is better, so I'm posting them both:

...the best individual meta-comic ever. I stole this from Gene Weingarten, but he probably got it from somewhere else. William

He actually seems like an OK guy. And man, did he luck out. But at least he says so. William

this is your brain on...hot pants?

Instead of the scrambled egg PSAs they used to show on t.v., I think they should show these clips of the 5 most obviously drug-fueled t.v. appearances.

The clips of Crispin Glover and James Brown are unreal. Especially the GFOS, shouting random titles to his songs as answers to legitimate questions...Livin' In America!

But the one that takes the cake is Richard Pryor. If you want to know what doing seven pounds of cocaine feels like, take a look. Very not safe for work, but worth all 13 minutes of nearly incoherent obscene rambling. If that's your thing.

More lists like these are going to make Cracked.com a must-read. ben

Third rock from the sun 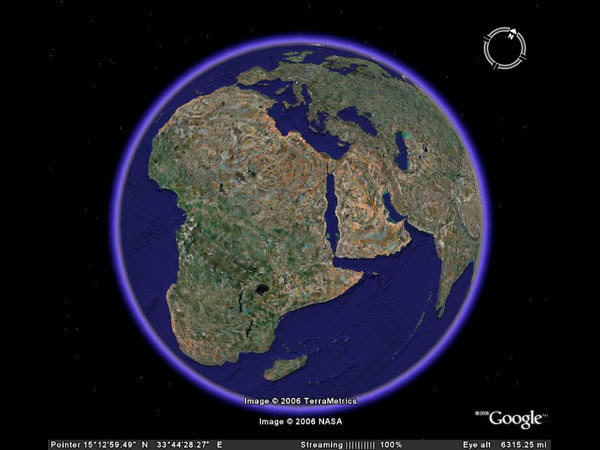 A great Slate slideshow on the weird subculture of Google Earth devotees. How about the person who marked every Starbucks on the planet?

I came across this list of the top ten waterparks in the country, and was immediately transported to when I went to the legendary Wet 'n Wild park in Orlando in high school. Pictured is the Bomb Bay, where the floor drops out of the spaceship and you shoot 75 feet straight down. For a while you aren't even touching the tube. At the bottom you pick yourself up out of the water, then pick your wedgie out and get back in line.

Damn, I need a vacation. Preferably one involving waterslides. ben

My mnemonic got dirty

Because Pluto is no longer a planet:

Um, I think I need a new mnemonic device. ben

reminds me of grad school

yeah, that's about what my life has been like for three years. Ouch. (Thanks for the link, Murph!)

It reminds me of my old favorite t.v. game show, El Gran Juego de la Oca, which apparently only I watched. It was on t.v. in the US for only one year, according to wikipedia. I'll have to wait until they release seasons 2 and 3. ben

Why "fuel surcharges" are a scam.

Just making sure we keep some economics stories on this blog. William

You get a masterpiece: Roger Federer as Religious Experience, by David Foster Wallace.

Set aside a half-hour, and read the whole thing, including the footnotes! ben

At least we aren't in Turkey...

Results of a new survey, described in the Times, says that Americans are 2nd most likely to doubt evolution out of 33 countries. Only Turkey had more doubters. A meager 40% of survey respondents in the U.S. agreed with the statement that “Human beings, as we know them, developed from earlier species of animals.”

And then there's Iceland, where 85% of respondents agreed with the statement. Oh, how I wish I was resting in a hot spring-heated pool there right now. (Thanks for the link, Murph!) ben

Is the creation of a new last name by recently married couples all the rage? Not really. William

Some people call me Maurice

I'm sure the quote from Tom Friend's article (see below post) will add "Getting your goose on" to the pop culture lexicon for at least a week or two.

because ESPN.com is hyping the story. But it is interesting that Maurice Clarett made a call to ESPN's Tom Friend to speak his mind just two hours before he Clarett was arrested on drunk driving and weapons charges. It certainly sounds like Clarett was going through some issues, perhaps substance abuse-related though perhaps it was more like depression or other mental issues. What a sad story. I wonder if he had stayed for a second year at Ohio State whether he would have faced the same problems. Perhaps by taking that one step, it put him on a path that led to this.

As always, Stay in School! William

The Office's Phyllis used to be a St. Louis (Football) Cardinals cheerleader, and other interesting things, which you wouldn't guess if you have only seen her now. William

Will, I think I have you beat

this video puts that OK Go stuff to shame. ben

Perhaps I think this is cooler than it actually, but I am as ever impressed by OK Go's choreography and inventiveness. This has got to be tough to put together. William

(From Deadspin) An online engine that helps you generate your own sports guy column. The problem, though, is it takes too much time to fill in and think of creative answers. William

As some of you know, my favorite musical act besides Bob Dylan is A Tribe Called Quest. After they broke up, I was mightily disappointed by their mediocre (Q-Tip: Amplified) and piss-poor (Phife: Ventilation) first solo efforts.

Since then, they both have been thwarted by shady 'record company people.' Tip has had two solo albums shelved because his labels didn't know what to do with them. Apparently Kamaal the Abstract, from four years ago, would have foreshadowed the rise of Outkast's more recent stuff. And this guy is still trying to convince Arista to release it.

Q-Tip's newer album, Open, never even had a chance. Now they say he's coming out with a new record this summer, Live at the Renaissance, which I'm hopeful actually sees the light of day. Phife finished another album, cleverly titled Songs in the Key of Phife, which also hasn't been released.

The record companies are to blame. According to Phife, Tribe still owes Jive Records an album and has been dragging their feet for 8 years, unable to get out of their contract and clearly stifling their creative abilities. So they produce other people's stuff, show up as guests on other albums, but don't do anything original. They were back in the studio over three years ago with nothing to show for it. And their solo projects have bounced around different labels, as Tip started with Arista, then Universal, and now with Motown (a Universal subsidiary). In the face of being pushed from the mainstream, Phife started his own record label, and Tip did the same.

Looks like I have some internet digging to do to see if I can find some tracks from these unreleased albums. While I've set my expectations considerably lower than 8 years ago, I still think these guys can reinvent themselves, at least as well as any 35-year-old rappers. ben